THANK YOU FOR SUBSCRIBING

The Perils and Pitfalls of AI and Automation

The potential benefits of AI and automation are huge. Quite rightly, everyone from governments to SMBs have identified that these technologies can be harnessed to drive growth, increase efficiency, and streamline internal processes. What must be remembered however, as businesses push towards a future aided by AI and boosted by automated processes, is that like all new forms of technology these innovations have downsides, and those downsides are potential reputational or business risks if handled badly or ignored.

Let’s start with the most commonly raised issue, that of potential job loss. Despite assurances from governments and many of the companies who are investing heavily in AI and/or automation, over half (54 percent) of the British public believe that more jobs will be lost than created. A similar proportion (50 percent) are also of the opinion that “human quotas”, an idea publicly floated by the Labour party in 2017, are a good idea. Furthermore, while more agree (42 percent) than disagree (15 percent) that businesses should continue to develop and use AI and automation, there is also a clear appetite (44 percent agree) for an “automation” tax should jobs be lost above and beyond a certain point. It is clear we are already in a situation where the public of the UK, and likely much of the Western world, are already articulating what they see as the upper limits of acceptability when it comes to AI and automation roll-out. Based on public opinion right now, going past those upper limits would seem to invite government intervention in the form of direct regulation and potentially new forms of taxation.

Furthermore, what will your staff think when you are investing in AI and automation in the workplace? A third of the UK public would be uncomfortable working at a company that automates a lot of their production, no doubt concerned for their own job security. More alarming though, especially for any major company that sells directly to consumers, is the finding that a third of the British public would boycott any company that laid off a significant proportion of their staff due to automation or AI rollout. While we all know that the number of people who actually boycott things is always lower than the number who say they will, it would be wise for any company to bear this issue in mind. The public loss of goodwill from major job losses may well outweigh the cost savings from a newly automated manufacturing process.

Overall, it does seem that the public are generally more positive than negative about AI and automation.

Certainly, more agree (32 percent) than disagree (25 percent) that society will benefit from increased automation and that automation will improve the quality of everyday life, although nearly half are unsure (35 percent) or don’t know (10 percent). The key area of objection, aside from the areas already covered, is that most (53 percent) consumers do not want AI making decisions that affect their lives. That is a broad statement, it is true, but it is a critical point that must be made. Many of the early AI products being adopted are customer facing, e.g. smart chatbots, which could be seen to be making decisions that impact consumers. Looking not too far into the future, it is easy to see a world in which most mortgage and credit applications are reviewed by AI, and that is before you start considering other fields where it could be used – in the US AI is already being used in determining parole in the prison system. This kind of application for AI, while no doubt potentially beneficial in some ways, must be implemented in such a way as to keep humans in the decision-making loop in a manner visible to the public or consumer, or it runs the risk of significantly damaging the way AI and automation is seen in the eyes of the public. 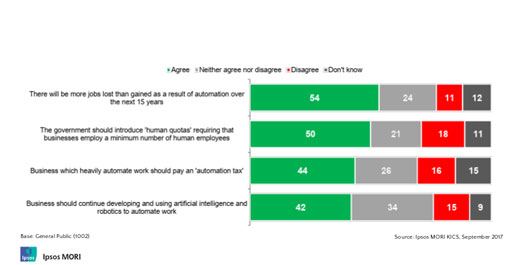 Right now, the public sits somewhere between ignorance and suspicion when it comes to AI and automation. They simply do not know enough about it to form coherent or consistent views on whether it should matter or not, never mind whether they ought to oppose or support it. The result is that their views are driven by a latent suspicion of automation, and a general sense that peoples’ jobs ought to be protected. Should automation indeed cause more jobs to be lost than created, growth in unemployment and underemployment is likely to drive an increase in public concern about automation and AI. Businesses that automate could then face a backlash, and upwards pressure on Government from the public may lead to regulation to curb automation. 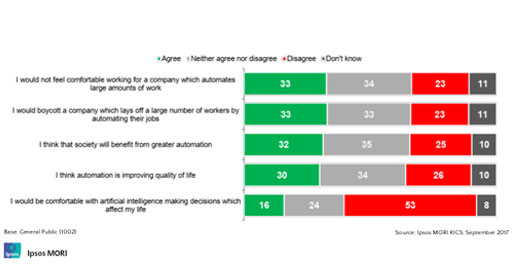 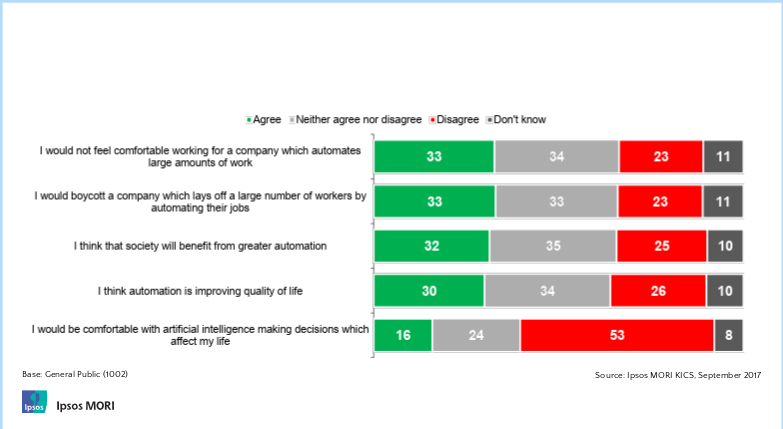 From the perspective of an individual company nothing here should deter any investment in AI and automation: they are tools of great potential and need to be harnessed. However, there is a collective responsibility for all businesses adopting these technologies to roll them out in a manner that does not cause any reputational damage, as once the tide of public opinion changes it will be hard to restore. The last time the world went through this level of technological change was in the Industrial Revolution of the 19th Century, a period where the pace of change triggered major opposition to new workplace technology in the form of the Luddites. I suspect few want anything similar to happen in the near future.

All data from the Ipsos MORI Key Influencer Customers Survey, September 2017. Base 1002 and the data is representative of Great Britain. 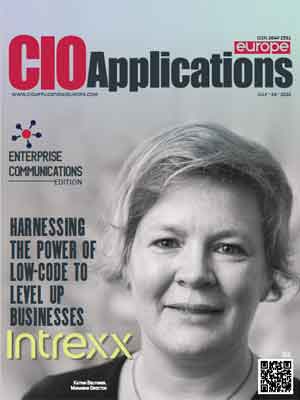 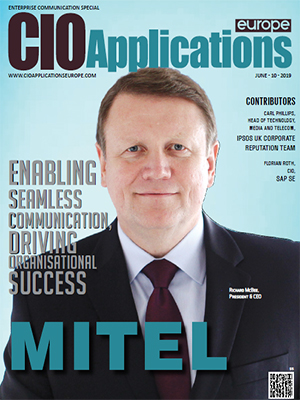 Artificial Intelligence regulations and its impact on medical devices

Put your Frontline Teams in the Driving Seat through a Personalized, Customer-Centric Approach

How to Deliver the Benefits of Digitalization as an Incumbent in the Insurance Industry? The 4 Essential Dimensions of Digital Transformation and the Impact on the Current Hybrid Work Environment

However, if you would like to share the information in this article, you may use the link below: